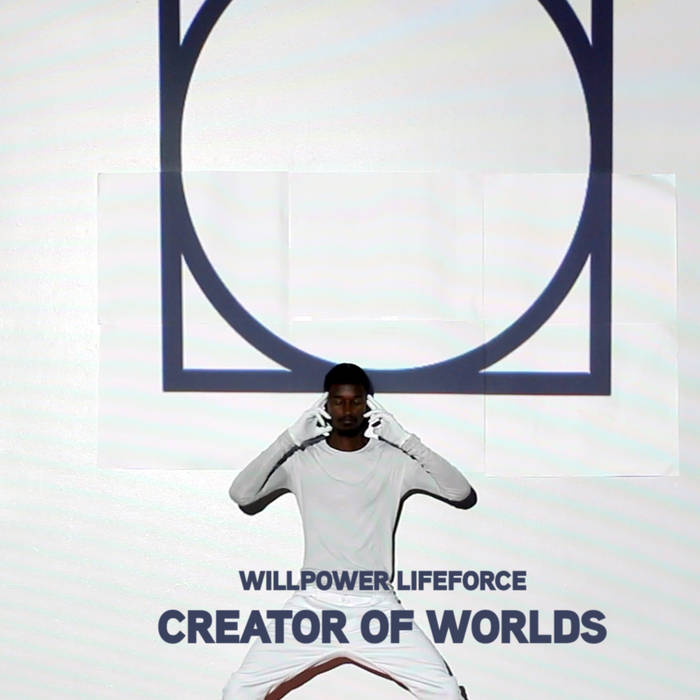 "Reality is not real. It is a projection of our mind. This is why I am a projection artist and my album is called CREATOR OF WORLDS..."
~ WILLPOWER LIFEFORCE

New Album for 2017.
A lot of work went into this one.
Funny enough, writing the song takes the least amount of time.
Making the tracks took a few months.
I made the tracks while floating between West Hollywood and Malibu after spending a couple of months in Berlin. I then went back to Berlin to connect with my Art Music Tech friends and mixed the album there. I also re-recorded most of the vocals there too.
This time around I'm releasing one track at a time, staring 07.17.17 once a week.
I'm also releasing the tracks without the vocals simultaneously.
So while this album is called 'CREATOR OF WORLDS', the collection without vocals is named 'CREATOR OF WORLDS 2'.
So let's get into the title, why 'CREATOR OF WORLDS' ?
I realized that with my AudioVisual work I was creating worlds for the human consciousness to experience.
I then realized that what I perceive as reality was a world that my levels of perception and awareness created.
We are creators of what we experience and how we perceive what we experience.
There are unforeseen aspects of what we experience as well as other forces playing a role, but the story we tell ourselves is the inner world we are creating.
This album is me voicing things that are deep in my psyche and subconscious in order to hear them consciously. This way they reveal what is happening on deeper levels, and it can help me grow, progress in ways that can help me and potentially others.

My influence of Minimalist Electronic Music in Berlin's dark clubs fuels the production inspiration, while I apply my rapping flows enriched with energy and thoughts.

Let me know what you think.
I make music that sounds different from anything else I hear.
As an artist I stay away from what is safe and what others are doing simply because it is not interesting to me.
I like energy so that tracks are uptempo while my voice displays the pain I may have felt due to my feelings which were triggered by how I perceived certain experiences.

The Artwork comes from my latest Audiovisual Immersive Performance for 2017.
The series tells a story within a World I created and invited people to for them to expand their consciousness beyond the perceived limitations they base their lives on.