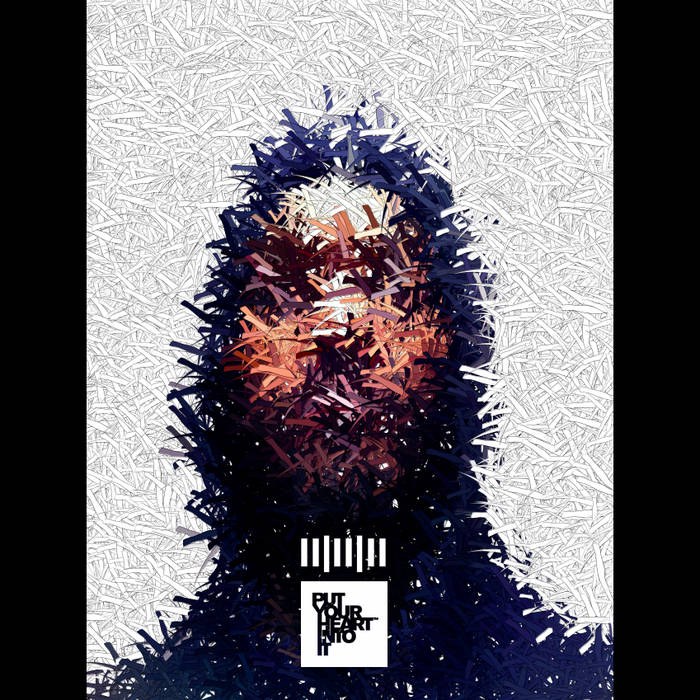 11/11/11
This album is very special to me.
I did all the production / beats, wrote all the lyrics, and recorded myself.
I created the Album Cover Art.
No one else is on the album but myself.

I played all the drums, bass, guitar, and other sounds on my MacBook Pro's keyboard.
I imagined an entire band playing the songs, and this is what inspired me to play the drums the way I did.
I imagined a drummer in my head, and I wanted that drummer to have fun while playing my song on stage.
Same for the guitar and other instruments.

I made the first 3 tracks in 2010.
I made the other 8 in January and February 2011.
I recorded the album in 1 week during March before having anything written down prior.
I freestyle / improvise a large part of the album in 1 take.

The reasons why I am the only one on this album:
1. I want to give you everything from me.
Every single detail, decision is mine, from the music, to the lyrics, to the flows, to the topics, to the visual arts, to the mixing of my voice being the main instrument.
2. I learned not to depend on anyone.
3. I have been disappointed by people I worked with my entire life. It is about time I took matters into my own hands.

With my album named 11/11/11, the context of when it was released stays alive with it.
All people will have to do in 100 years is research what was happening at that time in order to understand it from a multitude of perspectives.

I recorded this album at a very special time in my life.
I did the whole thing in my studio on the outskirts of the western woods of Paris, France.
While there, I lived extremely difficult times with no food to eat at times which resulted to malnutrition, fear of ending up on the streets, a critical health condition, feeling rejected in the environment in which I lived, feeling out of place, asking myself what I was doing there... and what was I doing here on this planet.
I delve into an inner pain that was so immense, that it made me look at myself in the deepest way ever before experienced.
I had to ask myself, "what do I want to do ?" "Live?" " "or Give Up ?"
Giving up happens to not be part of my DNA.
My experience gave birth to a new me.
I called it 'Urban Warrior'.
I made a website called www.UrbanWarrior.info where I shared the foods I eat in order to provide a guide for those who want to heal themselves from critical health conditions such as the one I found myself in, or worse.
The extreme sadness I felt, led me to find solutions to the questions I had.
In result, I got closer to my soul.
I consciously chose to take the worst, and turn it into the best.
Similar to a magician, or an alchemist. Or simply, like Willpower.
The name Willpower became very important, as it is what I used to take my discipline to the level of the highest ranking generals.
My grandfather was a marines of World War II, and I inherited his level of intensity.
11/11/11 is inspired by turning negative energy into positive energy.
It is about turning low level vibrancies into high level vibrancies.
I am now back home in Los Angeles, where I will be releasing 11/11/11.
Thank you for listening and downloading 11/11/11.
Willpower.