NOT OF THIS WORLD 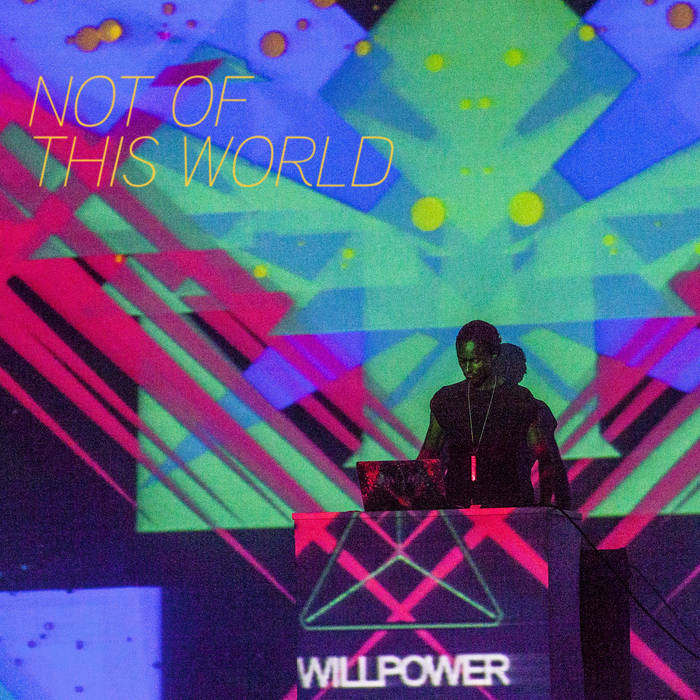 What I want to communicate with this album is that we are beyond our body and mind. We are souls. We don't have to be slaves of stressful jobs, we can create a beautiful world of bliss. Too many of us seem sick and unhappy. We don't have to live like this. We do not have to sell our souls to consumerism and superficiality. We are disconnected from Mother Earth. We are destroying ourselves and our biodiverse environment. Let's be happy and joyful. Let's co-create with those who resonate with us. I find it rare to make such connections, which is why my album is called: NOT OF THIS WORLD

I created this album to have something to listen to which spoke to me.
No artist out there provides me with what I need no matter how big they are.
So even though I am unknown, I still create with all my heart.
If I make music that I like, maybe someone else will like it too.
If it speaks to others, I am grateful and thankful. _/|\_

'NOT OF THIS WORLD' means a lot to me.
I put so much of myself into it.
It's work from the heart.
It does not feel free in societies where we are a subjugated to work for money, feeding a system of no love, destroying the environment and thus, humanity.
Feeling affected by my life experiences and going through challenges, I wanted to put music out to reflect them.
In hearing it I really noticed the darkness of it.
I improve every moment as I go deep inside of myself and live from my heart.
The challenges and hurdles help me grow positively in the midst of them, so I am grateful for all my experiences because no matter how 'painful' they may be, they help me gain wisdom.
They are helping me rise higher each time !
It is going against gravity that helps us gain muscle.
It's the extra push, it's the pain, it's the discomfort, it's the discipline, it's the focus, it's the determination, it's the will.
Challenges = Opportunities
It's about finding those opportunities and making something amazing out of the experience.
Diamonds are made from intense pressure.
This is how I view these challenges because I become more peaceful within and stronger thanks to them.

This album took 1 year and 9 months to make.
I made beats for about 12 months before I started recording.
Most of those tracks were made in Berlin.
Others in Paris, on the plane, and Miami.
I play every sound. I don't place sounds, I play them.
I used the keyboard of my MacBook Pro and a USB Keyboard.
I have no speakers.
My equipment is limited but so much can be created with so little.
I used Pioneer headphones to mix this album because it's what I had.
I wrote and recorded 6 tracks in Miami within 2 weeks between Wynwood and Little Haiti, where I was going through challenging times everyday.
The rest was written and recorded in California within 2-3 weeks while living an experience which totally revolutionized my life and inspired mad content for this body of work.
I would play my beats in my ear phones while walking to get food at night in moments of escapism and write songs.
I write fast, so within 30 minutes I had a hook and verses to go.
Basically, each night I had a new song written after my walk.
It would take me about 1 hour or less to record it.
Back in Berlin, I mixed and made final touches on tracks while re-recording a few verses.
I am slowly learning about mixing.

The tracks are inspired by minimalist electronic music, due to spending time with my cousin in Underground Berlin Clubs where he mixed. Cool aesthetic mixed with experiences of love vibrations shared between myself and others were the catalyst to this project.
The BPMs are higher than hip hop tracks I hear from other artists.
I thank my cousin Tony Bar in Berlin for teaching me the basics of Ableton Live and being an inspiration for creating during the dark and cold winter.